On 18 April 2017, Dutch passenger transport company Hermes reached the milestone of 1,000,000 kilometres travelled with the 43 electric buses that have been in service since last December. The fully electric VDL Citeas, with their futuristic design, are now a common sight in Eindhoven. The drivers operate the buses on eight different zero emission routes with due pride. The electric operation is now operating at full capacity, with the buses clocking up over 9,000 km every weekday. Several buses even cover more than 340 km per day on their own. All the preconceptions about limited action radius have been dispelled by the cutting edge rapid charging concept at the Hermes depot. Intensive cooperation between VDL and Hermes has ensured that the Dutch vision on sustainable public transport is actually put into practice.

The fact that a unique operation is currently under way in Eindhoven, is clear from the many visits other European carriers and cities are paying to Eindhoven to experience and see with their own eyes that the future is already in full swing here. The big winners at this milestone, however, are the Eindhoven residents themselves. Because, with these million zero emission kilometres, emissions of NOx have been reduced by no less than 4.7 tonnes and emissions of CO2 by over 1,000 tonnes. This achievement after just four months of operation is very promising for the future indeed!

The VDL Citea SLFA Electric is an articulated bus with a length of 18.1 metres built with an updated, futuristic BRT (Bus Rapid Transit) design. This design was recently honoured with the Red Dot Award 2017. With the delivery of the 43 Citeas SLFA Electric to Hermes, the Dutch province of North Brabant has Europe's largest operational zero emission bus fleet. The buses will have their batteries topped up periodically so as to have sufficient range to be kept in service all day. VDL also delivered the charging stations and supplies them with power in cooperation with the electricity supplier. This makes VDL not only bus supplier but also system supplier. On certain lines the buses run so frequently that the system functions more like a tram. These high-frequency lines go to key destinations in Eindhoven, such as Eindhoven Airport and the High Tech Campus. At these connections travellers will never again have a long wait for the next bus because the system will operate as a full-fledged ‘show up and go’ system.

Hermes is part of Connexxion Nederland, which in turn falls under the French parent company Transdev. Transdev, global player in the field of passenger transport and related activities, is active in 20 countries and has around 83,000 employees. In the Netherlands, Transdev is active with a number of brands, including Connexxion Openbaar Vervoer, Taxi and Tours and Witte Kruis ambulance. Internationally, Transdev works on smart, sustainable forms of mobility and customer care, as flexibly, efficiently and personally as possible. 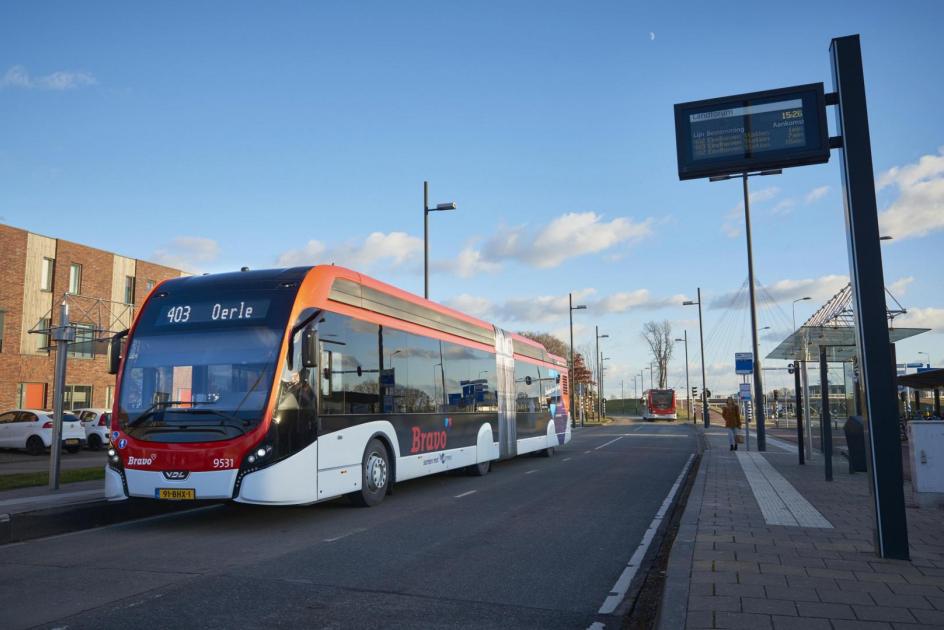