The origins and growth of the family business

In 1953, with the establishment of ‘Metaalindustrie en Constructiewerkplaats P. van der Leegte’, the foundation was laid for what is now VDL Groep (Van Der Leegte Groep).

The family-owned business, with its roots in Eindhoven, was founded by Pieter van der Leegte senior. The first clients were Philips, the former employer of Pieter van der Leegte, and DAF Trucks. The work carried out by the first five employees consisted of turning, milling and drilling as well as punching, welding and soldering, in series production.

From the early 1960s onwards, Pieter van der Leegte began developing his own household products including washing machines and oil heaters. In 1962, after receiving a large order for Honda chain guards, the decision was taken to move to Hapert. However, the order turned out not to be as large as expected. Subsequently, new finished products were brought to market in the form of stainless steel household articles such as bed warmers, egg cups, butter dishes, etc.

The upsurge of production in the Far East meant that the production of stainless steel household articles in the Netherlands became ever more difficult. In response, from 1976 onwards, the company once again turned its attention to subcontracting. 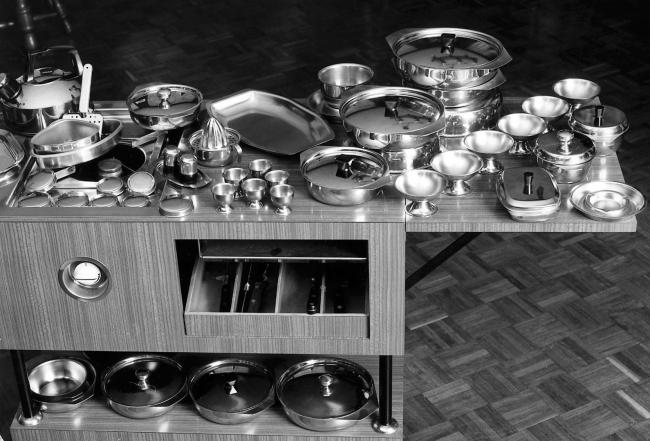 In 1966 Wim van der Leegte, just 19 years old and studying at technical college, became involved in his father’s company. In that year, Wim started his work placement and honed his technical skills on the lathe and deep-draw presses. In the meantime, he took in everything around him, and after just six weeks had a good understanding of the running of the business. For various reasons, Pieter van der Leegte suffered a burnout in the summer of 1966. As a consequence, within three months, Wim found he was running the company. In 1972, Wim assumed ownership of all his father’s shares. 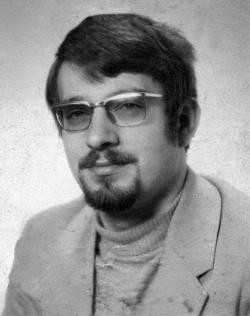 In 1977 Wim van der Leegte introduced an open management model, with the idea of involving his employees in every facet of running the business. By listening to, and carefully communicating with staff in the various departments, they were able to gain a clear understanding of the business developments.  These new organisational changes meant that the company was soon back in the black.

The introduction of this open management style meant that the company was soon running so well that Wim van der Leegte went in search of a new challenge: assuming control of poorly operating businesses.

In 1979 the first takeover of TIM Hapert, the company owned by his brother Piet, served as the first step towards dynamic growth. The name of the company founded in 1953 by Pieter van der Leegte senior was changed to VD Leegte Metaal.

Initially, Wim van der Leegte was sole director of the VDL Groep. The sudden death of his brother Piet had convinced Wim of the vulnerability of a company managed by just one person. In 1984 a start was made on establishing a management team of four directors, with Wim van der Leegte as chairman. The other directors who completed the team were Lau Pas, Wim Maathuis and Rini Vermeulen.

In addition to the directors, a Supervisory Board was also appointed, chaired by Pieter van der Leegte senior. Sadly, the founder of VDL Groep passed away on 22 January 1991. 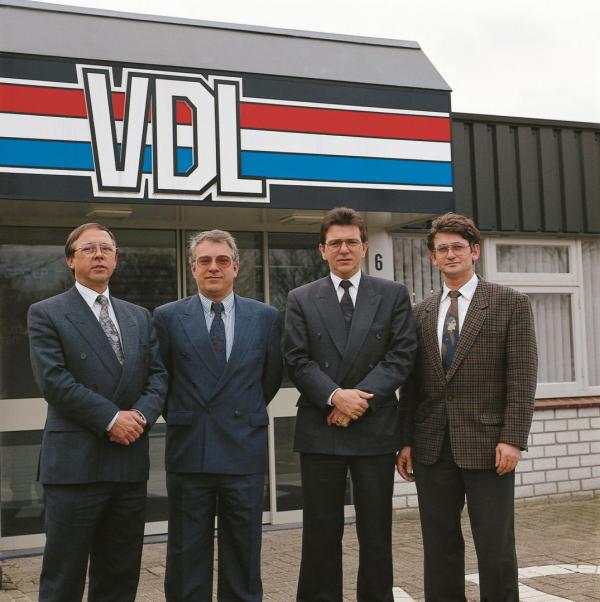 In 1993 VDL Groep made its entry into the bus and coach world, with the takeover of DAF Bus International. The group continued to grow, with two further major takeovers in the bus sector. Berkhof Jonckheere Groep was acquired in 1998, followed in 2003 by BOVA.

The takeover of Steelweld in 1995 represented a significant expansion into the world of production automation systems. VDL Steelweld now has branches in six countries around the world

In 2006 Philips Enabling Technologies Groep was taken over. At the time this was the largest takeover in the VDL Groep’s history. The move meant the wheel had turned full circle; Pieter van der Leegte senior, in his younger years, started work as a toolmaker at the former Philips Machinefabrieken.

With the takeover of NedCar at the end of 2012, VDL became the only major automotive manufacturer in the Netherlands. As an independent car manufacturer, VDL NedCar assembles passenger cars for third parties.

In January 2016 the children of Wim van der Leegte, Pieter, Jennifer and Willem, were the third generation to join the Board of Management of VDL Groep.

On 1 November 2016 Wim van der Leegte celebrated his 50th anniversary with the company; the perfect opportunity to hand over the chairmanship of the management team to his youngest son Willem van der Leegte. Wim maintains his ties with the VDL Groep, as a member of the Supervisory Board.

1979Start of growth, with takeover of TIM Hapert

1993Entry into bus world with takeover of DAF Bus International

1996Opening of headquarters in Eindhoven